Looking for the Women within the History of Zionism

Looking for the Women within the History of Zionism 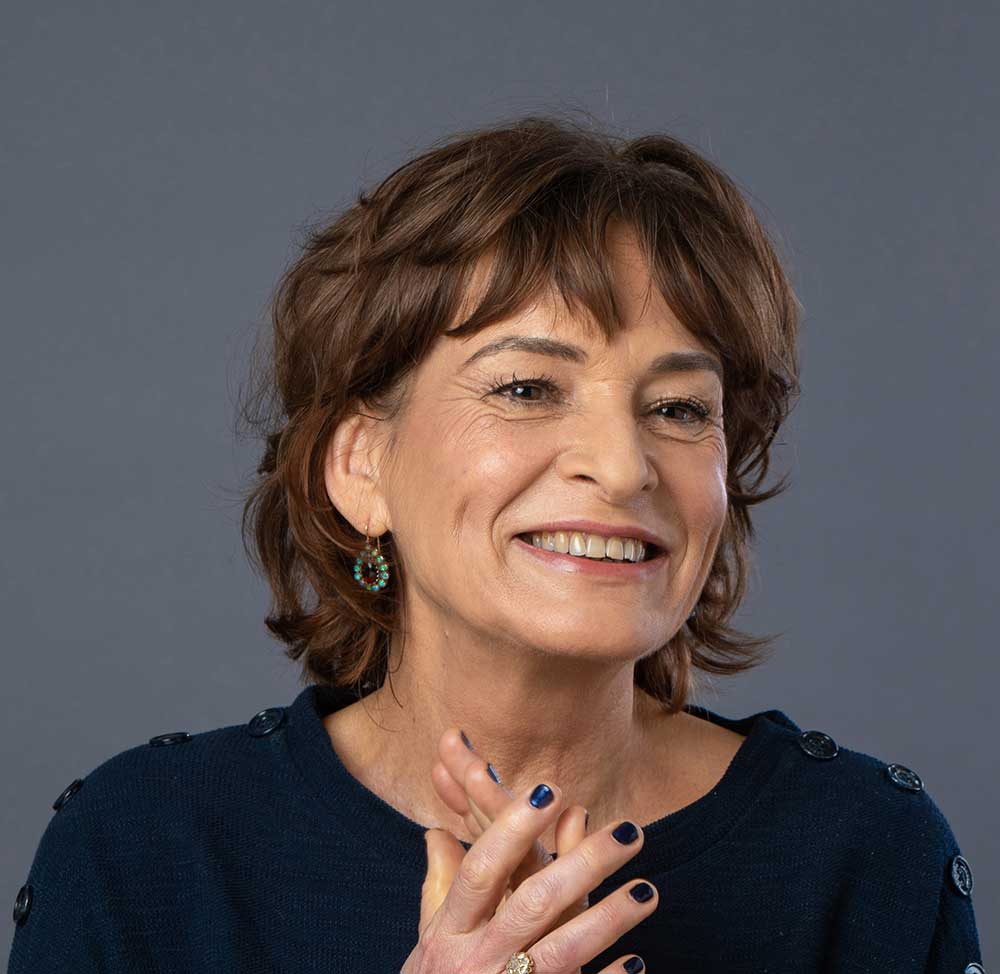 Interview and edit by Rotem Pesachovish-Paz

For the past 35 years, trailblazing director, producer, and entrepreneur, Michael Aviad, has been making hugely impactful films for humanity, as a whole, and Israeli society, in particular. Aviad sat down for a chat with our Rotem Pesachovish-Paz where she discusses her film, The Women Pioneers (2013), in which she explored the lives of Israeli women who had moved to then-Palestine during the second and third waves of mass Jewish migration (‘Aliyah’) – and their journey throughout their fight for gender equality in the country. The film is made up entirely of archival footage.

When were you first introduced to the concept of creating a film narrative based on archival footage?

MA: My earliest introduction to archival footage was way back at the start of my film career when I was studying literature and philosophy at university and working as a researcher at [Israeli public broadcaster – EE] Channel 1, which took me to different archives around the country on various research assignments. But in terms of my creative epiphany about archival footage, that came about the time I was making my film, For my Children, which came out in 2002 and where I had used a whole bunch of home movies and footage I had shot on a video camera during the 1980s and nineties. That was a time I was starting to amass a great deal of home video footage in our own family archive, as was the case with many other families.

I looked at this giant “footage dumpster”, if you will; all this material that had already been shot and realised that there was something there and that I wanted to use it, somehow. I was cinematically intrigued and became very interested in how one might tie together home video footage and canonical footage that is more widely known by the general public. I ended up using both types of footage in the film – for instance, there’s the shot of Mussolini arriving in Trieste in 1938 which ties into the home movies I had shot of my mother, who was there as a child for that momentous occasion. I was keen on exploring the relationship between personal and canonical footage, and on carving out new meaning from it.

The Women Pioneers is also made up entirely of archival footage of an overtly nationalist narrative nature and here too, you marry this footage together with more intimate testimonials.

MA: In The Women Pioneers, I was looking to posit a much bigger question about women, as a whole. The film was initially conceived as a TV series, but eventually I decided to focus on the question of women’s contribution to Zionism and the building of a Jewish national homeland. I pretty much went to the most idealistic place there is – the beginnings of Zionism and modern Jewish communities in the land, with a focus on the 1920s. Unlike the American ethos whereby the men headed west, and the women only later followed, a Zionist community is always comprised of both men and women. Over here, when there aren’t any women around, it stops being a local settlement and becomes a military base.

I focused on this period and essentially asked, what were women actually doing there? And thus began a deep research dive with the aim of unearthing any and all writings by women of the period; and though there had been an academic study in the ‘90s that focused on the women of the second and third Aliyah, the general public has all but forgotten these stories or at the very least, consigned them to the distant past as myths far removed historical reality.

Can you take us through a bit of the work process? Does the research start with the print materials or video footage?

MA: We started fleshing out the film with our written research materials. Tamar Katz, our researcher, started bringing us a range of print materials and bit by bit, we began unearthing all these stories which, over the years, were all but forgotten. We found, amongst other things, the book Women in the Kibbutz, edited by Yocheved Bat-Rachel and Lilya Basevitz that came out in the 1940s and which features interviews with about 15 women of the period in which they share their own stories. These women had some truly hair-raising tales, including some who had moved to Palestine after having been to prison for socialist-political activism.

We found books and letters written by women, the diary that editor, Tamar Yaron’s grandmother kept, and the diary of Nehama Avronin that was found in her now also deceased daughter’s attic. It was a lengthy process of discovery and in-depth research, in the process of which I also started writing the script, little by little, and putting together a narrative skeleton that is both chronological and thematic.

From the film “The Women Pioneers”, directed by Michal Aviad

What is the script’s chronological skeleton made up of?

MA: I’d based the script on the narrative’s historical chronology, i.e. the 1920s through to the 1940s, but mostly – around the chronology of its female protagonists which, in my view, not only is identical but also every bit as valid and applicable to contemporary women. It chronicles how, in the beginning, women were out working the fields, being all strong and fighting for equality with their male peers. Then later, they would fall in love and start having children. At this stage, it becomes evident to them and the men around them that raising the children is strictly their domain and thus, they are effectively relegated back to the place they had fought so hard to escape.

When I was able to make sense of that timeline, I realised how uncannily similar it was to my own experiences as a young mother and I can only imagine, yours too. Beyond that, a major part of this chronology is their belief in free love – which, incidentally, is exactly the same kind of love I believed in – however, the moment that children enter the picture, then follows the realisation that love, however freewheeling, will ultimately benefit the men that much more and equally, pose that much less of a risk to them. That was when it dawned on me that what I’ve got here is every bit as pertinent to the present day, which kept me going further down this road.

I was looking for the women within the history of Zionism, wanting to explore what they’d fought for, and how they were ultimately defeated. And it pains me to say this but at the end of that first generation of ‘pioneer women’, it seemed that women’s primary contribution in the land ultimately boiled down to their willingness to sacrifice their sons [to the cause].

What were some of the challenges you encountered whilst looking for archival footage?

MA: I decided that the film would comprise entirely of archival footage and individuals’ own histories. And when we began our real deep dive for archival footage, of course we were hit with quite a few obstacles and a whole lot of mess. In the course of watching the footage, I learnt a great deal about [the act of] documentation and that any and all footage is shot from the perspective of the person doing filming. I started realising that the resemblance between the amateur footage shot by visitors from Europe and the US, footage shot by the British mandatory government, and footage shot by Zionism-affiliated videographers was in how they all shared the same colonialist POV of the land. There is virtually no footage of the indigenous Arabs’ daily lives or that of the land’s veteran (and far more orthodox) Jewish population – it’s all folklore and a highly exoticised gaze. There was nothing in any of the footage to suggest how people might actually have lived at the time.

I did find a whole bunch of Zionist footage; all of which had one theme in common: how the concept of the kibbutz was the most amazing thing and that consequently, the local Arabs or any other Jews who had come to the land for any motives other than deep-seated ideology were simply inconsequential. I knew that the footage was all shot by men, and soon realised that the subjects too, were also all men. Of course, and also for lighting issues – most of the footage is of exteriors which feature women that much less as they were predominantly more indoors – but also because men and their work evidently seemed that much more interesting to the persons holding the camera.

Incidentally, when I was digging through the archives researching my film, Dimona Twist (2016), I also found about seven times as many men in the footage; this despite the fact that this is a film of a time archival footage was that much more plentiful. So essentially, throughout the whole work process, I realised that only a handful of women ever made it on film. Occasionally, you’d get the odd shot of some nurses, carers, and later down the line, some teachers too. In terms of whatever scarce footage of women working the land that I was able to find, I only recently learnt that one of the newsreels featured a woman’s testimonial who recalled how they were all taken out for a shoot that day because a videographer was coming round, and so they ended up working the field. This means that the footage I managed to find in the archives may not even be an authentic representation and might very well have been staged especially for the shoot. It really is anything but straightforward.

These days, archival footage has never been more readily available, even from the comfort of one’s own home. What impact do you think this change could have, and how might it influence the next generations of men and women filmmakers?

I still think that the act of physically trawling through the archives has merit; the whole experience of rummaging through all the footage, not to mention those brief, precious interactions with archive staff who are, as we all know, the archives’ proverbial paramours and can always add those extra nuggets of information you wouldn’t be able to find anywhere else. So yeah, on the one hand – cutting people out of the equation does some pretty wonderful things but sometimes, unfortunately, it will also mean that some things will fall through the cracks. Go visit an archive!”