The Country’s in his Frame

The Country’s in his Frame 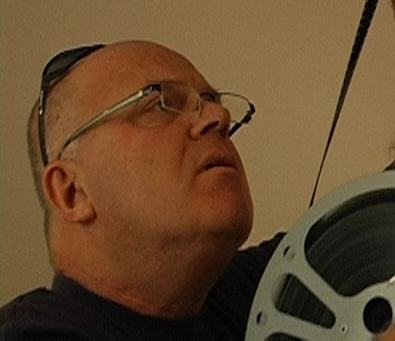 Translated from Hebrew by: Eran Edry

Israeli screenwriter, director, and producer, Avishai Kfir owns the rights to Fred Monosson’s expansive, and one-of-a-kind family collection which includes rare, colour footage of iconic figures and landmark moments in the history of the State of Israel. Inspired by this collection, Kfir made the film, I was there in Color, which brings viewers Monosson’s story, as well as that of the vast archival footage he’d amassed. Kfir sat down for a one-on-one chat with our Rotem Paskowitz-Paz in which he recalled first discovering the film reels, and the journey to unlocking their secrets, and shared his hopes that more filmmakers will make use of this footage now that it has been entrusted in the hands of the Jerusalem Cinematheque’s Israeli Film Archive and made available to the general public.

Tell us about the moment when you first laid eyes on Fred Monosson’s collection and realised you’ve hit the motherlode.

AK: This whole saga started in the spectacular failure otherwise known as the Israeli History Channel – which was the late Tsafrir Ronen’s and my ill-fated attempt at starting an Israeli history channel, or a Jewish Al Jazeera, if you will; long before actual Al Jazeera ever went on the air, mind you. As Head of Programming, I was out looking for content for the channel, as you do, and ended up taking a meeting with Amos Horev who, at one point, was President of the Technion [Israel Institute of Technology – EE], and was a member of our board of directors. He knew Adolf Monosson, Fred’s son, who had told him about his father’s reel collection which he had in his possession.

Horev then got me in touch with the Monossons, and it was when I spoke to Adolf and the rest of the family that I realised they could not care less about the collection. I arrived in Boston with the intention of getting to the bottom of it all. All I found was a bunch of cardboard boxes and some reels, so I took a random one to watch at this local production studio. I remember the moment I saw Golda Meir in technicolour for the first time; the military camps, the British soldiers, Moshe Sharett – and it dawned on me that this was something altogether extraordinary.

How did you start the whole research process, and logging all the material? After all, there’s so much of it – fifty-five 16mm reels in total, with very few identifying markers.

AK: Well, step one was taking all the footage to the studio and having the film reels converted and transferred to DVCAM tapes – telecine wasn’t a thing back in the day so what they would do is they’d show the footage on a white wall and film that wall. It didn’t really make much of a difference to me; I was terribly curious and pressed for time. The footage was indeed very impressive. I came back to Israel, tapes in tow, had those converted to DVD format, and then spent the next year watching and unravelling the whole lot. I was going reel by reel, and little by little – with no help from any historians, mind you – I gradually pieced this puzzle together. I know my way around history and I’m also a bit of a history buff, myself, so for me it was quite the interesting if not to say, riveting journey. Of course, occasionally I would dip into Google when I had to identify any number of figures who, at the time, held key positions.

And what have you come to learn about Monosson in the process of your research?

AK: Fred Monosson is the one who shot and kept all this footage. Now, the footage has no sound but it was clear to me, both from the footage and his body language that here was a man who was truly well off and well connected, and who was known to many in and around his natural Boston habitat. His involvement and rallying behind the Zionist enterprise in the US and in Israel, made him somewhat of a celebrity.

In the footage, he seemed to always make a point of being shot in an angle that put him centre frame, looking all revered and respected. Of course, being a wealthy man who could actually afford shooting 16mm films in technicolour also had something to do with it. My visit with his family in Boston also helped me gain further insight into him. For instance, I found out he’d had a contract with the US Army, and that he used to manufacture and supply them with coats. And what he would do is he’d hide raffle tickets in the coat pockets for all the soldiers.

Was there any footage that made a particular impact on you?

AK: Oh, yes. I was incredibly moved by a great deal of the footage which I then found myself revisiting time and again. For instance, there was the 1947 Second Dance Conference that took place in kibbutz Dalia. I was watching that footage in the knowledge that so many of the folks in it never came home from the War of Independence. Also, life in kibbutz Kfar Etzion which Fred Monosson had captured on film shortly before many of the locals were either killed [in combat – EE] or massacred. Other scenes that come to mind are the detaining of the ‘maapilim’ [illegal post-WWII Jewish migrants to British Mandatory Palestine – EE] at Haifa Port, Jerusalem’s St. Andrew’s Church (aka the Scots’ Memorial Church), the Jewish police officer (aka ‘Noter’) at the Western Wall just before the 1948 War of Independence, and especially the scene where Ben Gurion takes Chaim Weizmann’s [former Israeli President – EE] hand and the two of them walk hand in hand.

Fred Monosson’s penchant for video documenting started in Europe right after World War II. He shot footage of Berlin in ruins, Warsaw, Auschwitz, and even flew all the way to Cyprus to film all the Jewish migrants who’d been deported there and placed in detention camps. All the footage he’d collected has huge historic significance – honestly, sometimes it looks as if the whole country were in his frame.

From I Was There in Color, Directed by Avishai Kfir

What would you say the difference is between the Monosson Family Collection and other types of national archival footage like newsreels, for instance?

AK: As a kid, I used to watch the newsreels in the cinema, and I was always left so impressed by them. I do enjoy watching those reels, even the bits that were clearly staged for [Zionist – EE] propaganda purposes. What interests me is reality reflecting ‘way over there in the background.’ Family collections, on the other hand, are very much Cinéma Vérité-esque. At any rate, both cases make for the rarest, most fascinating time capsules we could get our hands on.

Now that all the reels have been digitised and are available online in premium quality, what does that mean for you?

AK: Right now, we’re working on reconstructing the film, I was there in Color, and we’ve been replacing all the footage with the new, superior quality material you guys have digitised. Also, the footage is getting huge online exposure on the website – and that’s certainly broadened the pool of interested parties who are looking to use it.

These days, now that you’ve watched all the scanned footage, are you thinking about making another film? After all, I was there in Color is only 55min long – and there are 55 reels…

AK: (Laughing) I’ve had loads of people come up to me and ask or suggest that I go and do a sequel, but I think my film already includes the very best of all the archival footage. I don’t think there’s anything in the archives that should have made it into the film but didn’t make the cut. As of right now, I don’t have another story I feel compelled to tell with these materials, and I wish that other filmmakers, local and international, get to use them and work them into their films.