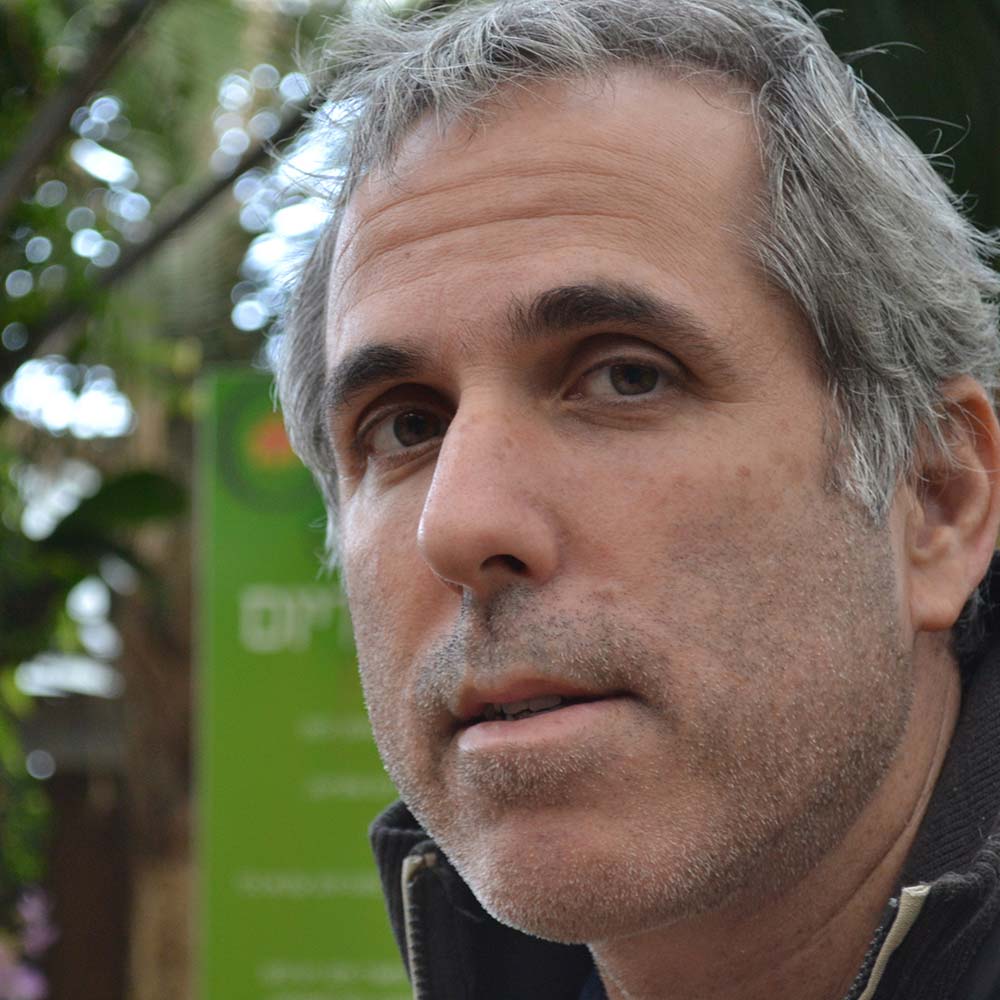 In 2007, Ran Tal, director and filmmaker, lecturer and teacher in his own right to hundreds of Israeli filmmakers, made Children of the Sun – an extraordinary documentary feature about a radical phenomenon from the recent past – the kibbutz movement’s absolutist education system and the ways in which it has shaped the children’s minds and psyches. The interviewed subjects – all kibbutz children who are now adults appeared in voiceover form only, against the astonishing backdrop of volumes upon volumes of archival documentary footage.

Children of the Sun went on to win scores of awards, including the Wolgin Award for Best Documentary Film and the Audio Visual Award at the Jerusalem Film Festival; a total of seven awards at the Israeli Documentary Forum Competition (including Best Directing and Best Documentary), and an Ophir prize in the Best Documentary category. Ahead of Children of the Sun’s debut on the Israeli Film Archive’s streaming platform, director Ran Tal sat down for a chat with our Rotem Paskowitz-Paz and described his filmmaking journey, and the many insights he had gained in the process of working with archival footage.

Take us through how the film come about. Had you written the script first and then dived into the archives, or was the script the result of all the research and deep-digging into all the archive footage?

Ran Tal: It was actually a simultaneous process that went in all directions. There were some distinctly aesthetic decisions I had made well in advance; for instance, I decided there’d be no filming of any of the interviews and that the film would be entirely made up of archive footage, i.e. ‘home movies,’ if you will. I made a point of setting these boundaries already from the outset in order to create a distinctive cinematic language. I was careful to only record the interviews and not film them so that at no point would there be any temptation to renegue on these strict resolutions.

In terms of the script and the themes of the film, I would say that was quite the long-winded process that came into being out of everything I was thinking, and also from all those many recordings of conversations with other people. And so, it was through all the compiling of materials and then cutting them, that the film took its final shape.

From Children of the Sun, Directed by Ran Tal

When I go out looking for archive footage, I’m open to whatever an archive has to offer me. I don’t look for illustrations, per se. And when I do find something I never knew existed, it’s the biggest thrill, time and time again.”

How do you put together a scene out of archival footage?

Fleshing a scene out of archive footage is quite the elaborate, interesting process, in and of itself. I’m not out to force my script onto any imagery because then, it would come out all illustrative. That’s why I allow there to be a dialogue with any and all existing archive footage, and it’s out of that process that I come up with ideas for the scenes. In the process of structuring the scenes on Children of the Sun, dialoguing with all the archive footage was a two-way street. Footage I’d found in the archives led me to interviews and conversations with people – and the other way round; the interviews and recordings would send me back to the archives in search of more footage and materials I could work with.

Every scene you work on, you find yourself having to look for and create something that hasn’t actually happened. After all, the scenes in a film like this technically do not exist. None of them ever took place in the real world. They were all born in the editing suite. These are hybridised scenes. They don’t exist as wholesome scenes anywhere else outside the film.

Of course, there’s also an element of systematic work at play. After all, you do have to arrange and sequence all the materials. The challenge is in how to put the scene together, give it ‘life’, without making it overly simplistic. Every scene in the film creates a different type of dialogue between the soundtrack and the visuals. When that happens in the most successful way, what you get is a dialectical moment that contains a lot of otherwise contradictory elements – like a certain moment, for instance, that is simultaneously tinged with irony and nostalgia.

Were there any difficulties working with the archives where the footage was stored?

Well, there was the one kibbutz that refused to give me access because apparently, their concern was that Children of the Sun would present a point of view that not all kibbutz members would agree with. And that prompted a truly fascinating discussion around the question of who actually owns the archive, and who even has the right to decide. Questions of rights and intellectual property that usually only a rise in a political, security context were suddenly very pertinent to this small community which was riveting. I ended up deciding against using their footage but the discussion, in and of itself, was well worth my while.

Another difficulty I’ve come to recognise is that nowadays, archives are slowly but surely starting to be monetised as a cash cow. In the last twenty years, archival footage has been selling for prices that haven’t stopped soaring. Which effectively makes turning to archives no longer a primarily aesthetic or narrative question but rather, a financial one. As a director you have to ask yourself exactly how much footage you’re can even afford to buy.

As a cinematic means of expression, what would you say makes archival footage unique?

Using archive footage is essentially taking footage that someone else had previously shot for specific purposes and repurposing it, yourself. The biggest challenge when making such a move is to infuse the footage with brand new meaning, and to use it in a way that is fundamentally different. Essentially, this is the thing that makes archive footage so interesting because it shows you just how pliable and elastic an image is, and how seamlessly it lends itself to manipulation – both within itself, and in whatever contexts it appears in.

Personally, I’m that much less interested in taking archival footage and featuring it in the film as a testimony of what was then. My challenge with these types of archive materials is the ability to mould and extract an additional point of view out of them; one that is different, or even oppositional to the essence in which the footage was initially created. These are the parts that for me, are that much more engrossing. They let you be as enigmatic as you want to be, whilst also challenging the original purpose these things were made for in the first place. And that gives you millions of options, tricks, and manipulations to work with.

Can you give an example of a film by another filmmaker where archival footage is used in an interesting way?

There are loads of examples to choose from, but I will give a nod to Claude Lanzmann’s Shoah. In Shoah, there is literally no archive footage – but this very act of abstention turns an interesting spotlight onto the ethical question that arises when one does turn to using archival footage. Lanzmann essentially said, ‘no to archives.’ He realised that when someone is watching archive footage, to them, it’s like watching what ‘happened’ – and that, in fact, the viewer doesn’t always realise it’s just one point of view they’re being shown.

In Shoah, Lanzmann opted against using any archive footage because to him, the archival image also posed a threat – one could, in theory, take virtually any image and with some type of manipulation, give it an altogether different meaning. Shoah is built on memory, not archived imagery. The testimonials and recollections, for Lanzmann, were that much more precise and ethical than any use of existing imagery.

And one for the road: out of all historical periods from which there is no documentation – which period would you have been most keen on watching?

Oh, who knows… [laughs]… I always want to see more of what has been. There’s always something surprising waiting in store at an archive – not necessarily a decisive, milestone moment – sometimes, it’s the moment right next to it, or the one that had just preceded it that’s the actual interesting moment you want to look out for. Also, whatever wasn’t filmed is equally as fascinating – not to mention you can also deal with any absences and gaps you might find.